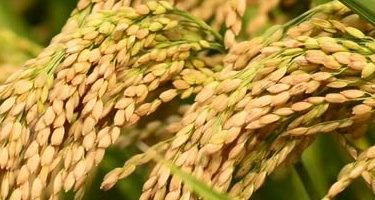 * Damaged, sprouted and Weevilled grains should not exceed 4%.

Important Note -: Details of Government notification No. 8-4/2020-S&I dated 29.09..2020 in this regard is as under, which needs to be scrupulously followed. These parameters will be applicable only for the stocks procured under Central pool during Kharif Marketing Season (KMS) 2020-21. 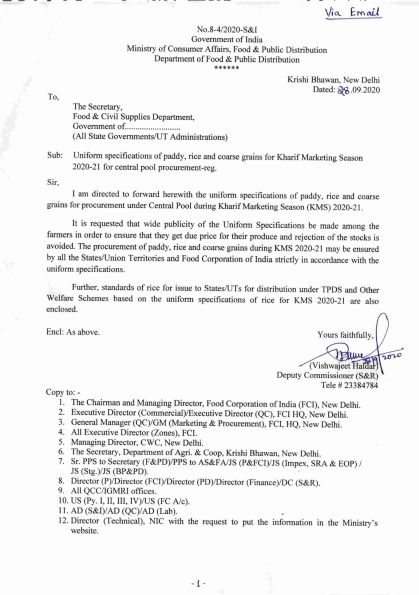 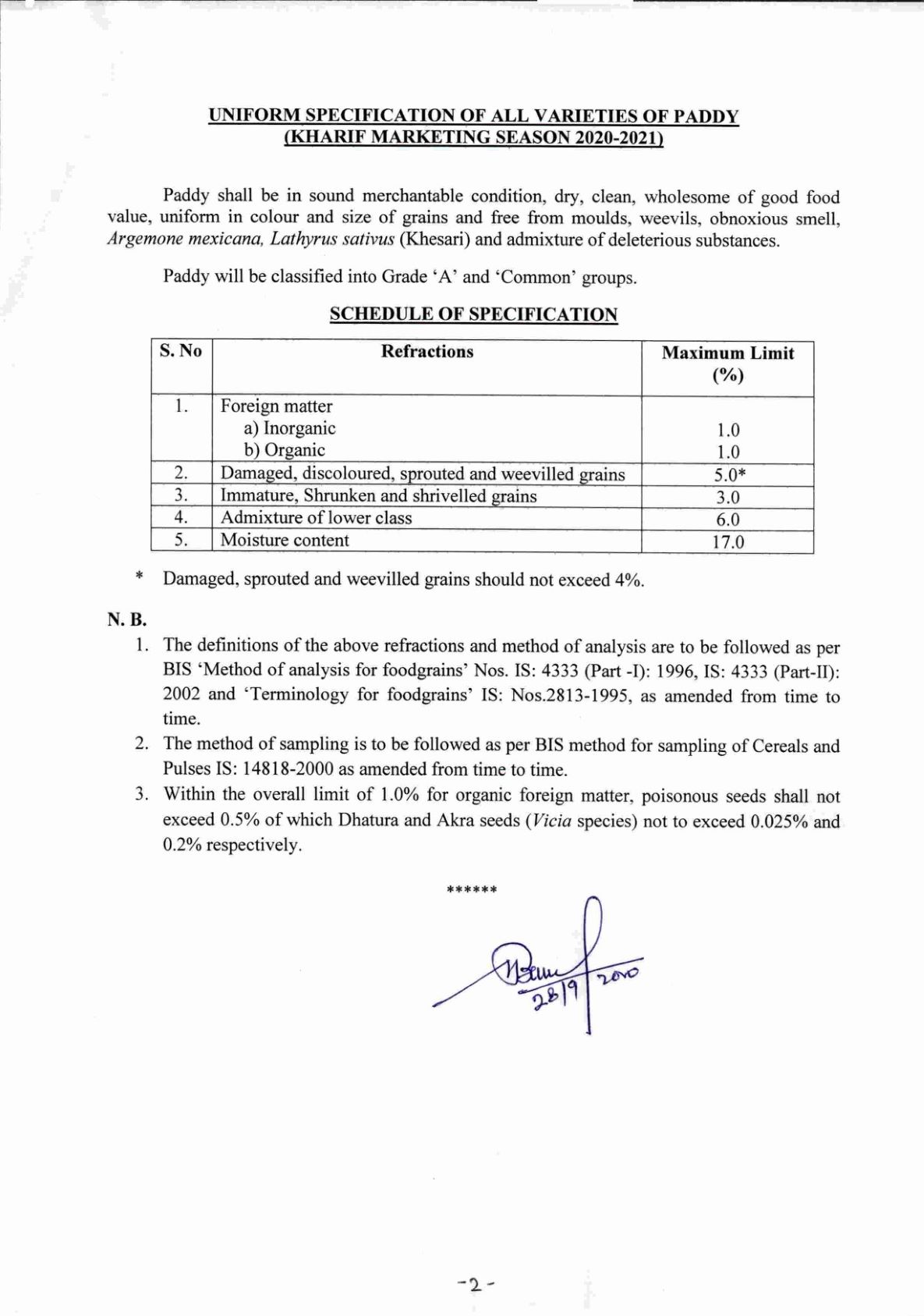